ANOINTING OF THE SICK 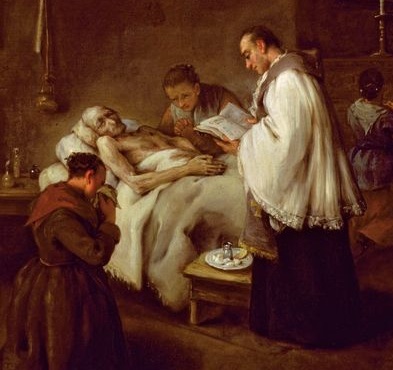 So they went out and preached that men should repent. And they cast out many demons, and anointed with oil many that were sick and healed them.

By the sacred anointing of the sick and the prayer of the priests the whole Church commends those who are ill to the suffering and glorified Lord, that he may raise them up and save them. and indeed she exhorts them to contribute to the good of the People of God by freely uniting themselves to the Passion and death of Christ.

Anointing of the Sick is the sacrament of the continuation of the Lord’s Compassion for the sick.