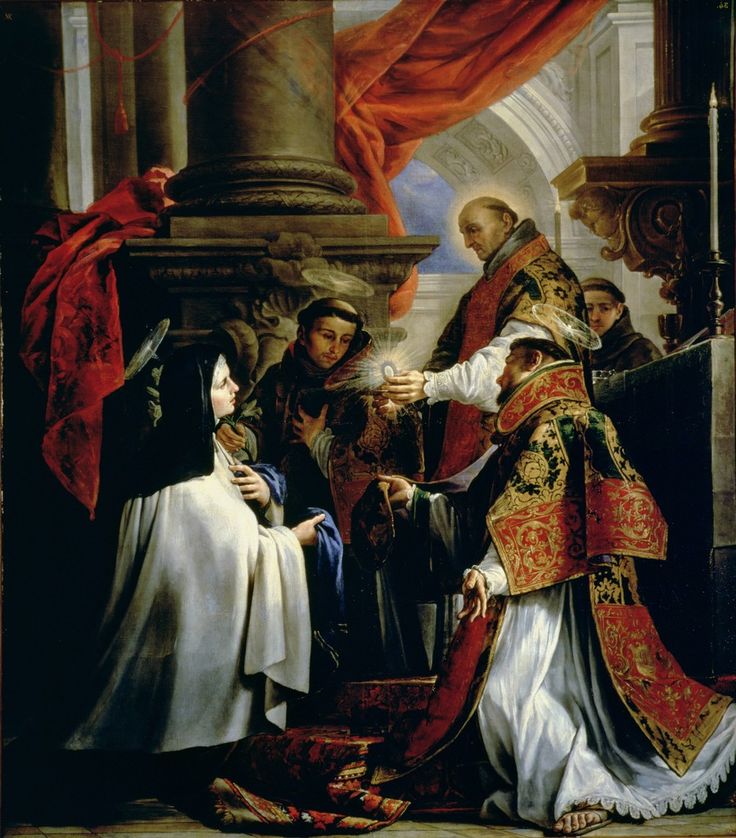 And he took bread, and when he had given thanks he broke it and gave it to them, saying, "This is my body which is given for you. Do this in remembrance of me." And likewise the cup after supper, saying, "This cup which is poured out for you is the New Covenant in my blood."

At the Last Supper, on the night he was betrayed, our Savior instituted the Eucharistic sacrifice of his Body and Blood. This he did in order to perpetuate the sacrifice of the cross throughout the ages until he should come again, and so to entrust to his beloved Spouse, the Church, a memorial of his death and resurrection: a sacrament of love, a sign of unity, a bond of charity, a Paschal banquet "in which Christ is consumed, the mind is filled with grace, and a pledge of future glory is given to us."

The Eucharist is the sacrament of the Body and Blood of Christ, who is truly present under the appearance of bread and wine.